I am really dragging my feet writing this post.  I’ve been hemming and hawing on whether I should tell the real story because almost 24 hours later I am still focused on the events of yesterday, or just stick to the “happy” version out of pure embarrassment.  But, this blog is about the trials and tribulations of raising a Cattle Dog so I need to be transparent.

Last year’s Howl-O-Ween party went so well: Pongo was a happy-go-lucky pup running around playing and visiting with all the parents and his doggie friends.  This year I expected the same but I think that was biggest problem–I had expectations.  I was excited because Steve was in town and was going to see Pongo in daycare action for the first time; plus, Pongo’s Howl-O-Ween costume was pretty darn clever, if I don’t say so myself.

Recently Pongo has been receiving a lot of dings for fun policing on his daycare report card.

So, I went with that theme and was able to find a K-9 cop costume that I altered. 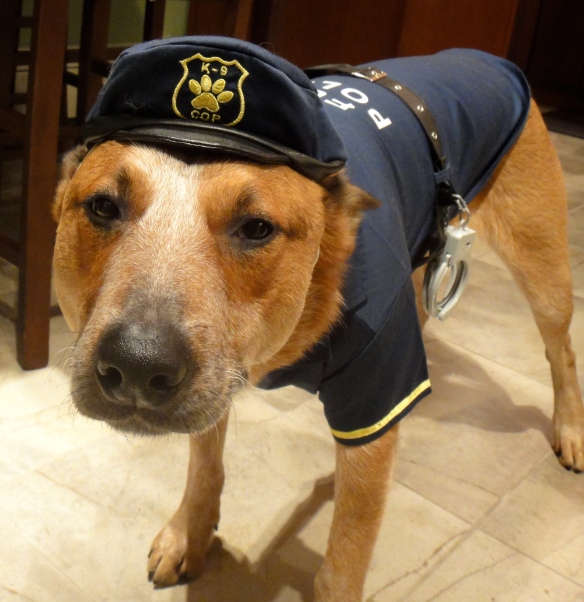 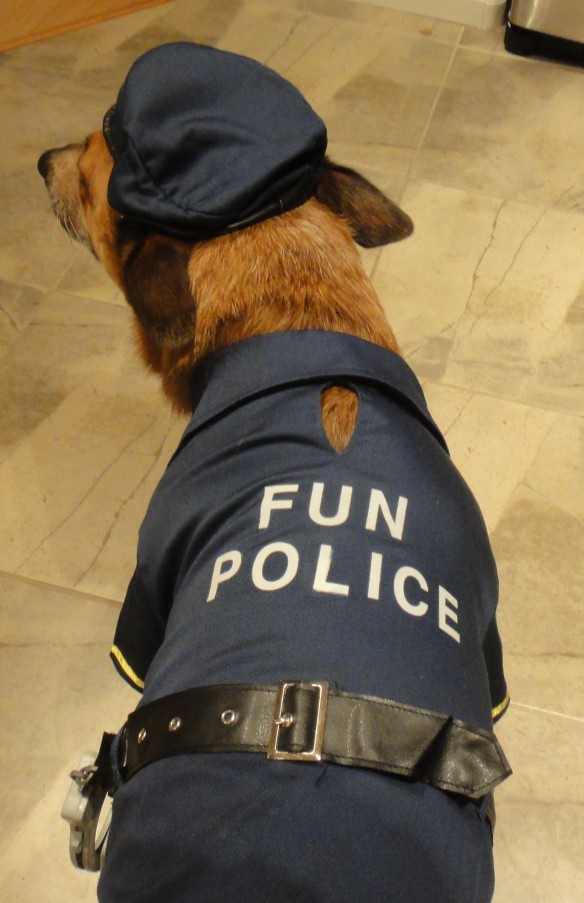 We arrived at Dog Tired Doggie Daycare around 2:00.  We put Pongo’s costume on and headed into the building.  First obstacle down-no problem.  We were ushered into the back where the door to his classroom is. The staff member looked in the classroom and gave us the go-ahead.  WAIT!  I thought.  Pongo still has his collar and leash on and we are entering, for all I knew, a classroom full of dogs.  But, did I speak up?  Did I say, “Can we take his collar and leash off before he enters the classroom?”  Nope.  I figured they had a protocol for this special party so I kept quiet.  SHAME ON ME!  I need to advocate for my dog and set him up for success not for failure.

Steve and Pongo enter the classroom first with me following.  There is one dog, one parent, Miss Peg and Miss Kari in the classroom and Pongo has honed in on the one dog.  He starts his barking, lunging, growling routine.  Steve pulls him off to the side and tries to get his attention.  Pongo is having none of that.  Steve was instructed to take his leash off.  As soon as the leash comes off, Pongo goes full throttle for the other dog and a dog brawl ensues.  Thankfully, Miss Lindsay is right there and grabs Pongo.  It’s all over within a couple seconds.

Pongo has gotten in a few fights at school but I’ve never actually seen him in true action.  I’m a mess: shaking and on the verge of tears trying my best to hold it together.  I’m apologizing to the other parent thoroughly embarrassed by our dog’s poor behavior.  She thankfully appears to be understanding.  My greatest fear though is some other parent is going to demand that Pongo be removed from daycare because of his behavior.  What many people who witness this leash reactivity don’t understand is that this is not the only side of Pongo.  He’s 99% sweetness with 1% of pure scrapper attitude on top.

Miss Kari and Miss Peg distract Pongo by taking his picture in front of the Halloween decorations. We take off his costume and collar and off he goes to be with his other doggie friends that have joined the party. We can tell Pongo’s still stressed and is trying to control the situation by barking. One epiphany we had yesterday, through observation, was that there is some protective factor in Pongo’s behavior.  When another dog approached us, he was right there to herd the other dogs away from Steve and me.  A year ago, he was not herding the other dogs away from me.  He was off enjoying himself.

Even though Pongo took his job as Fun Police to the extreme yesterday, he was finally able to settle down and hopefully enjoy himself. 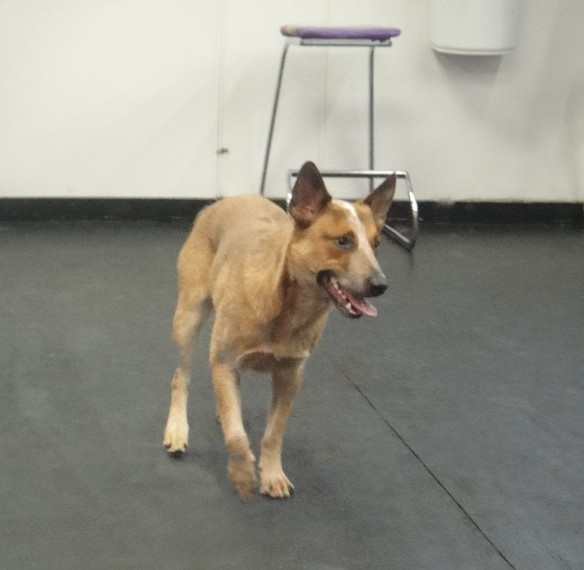 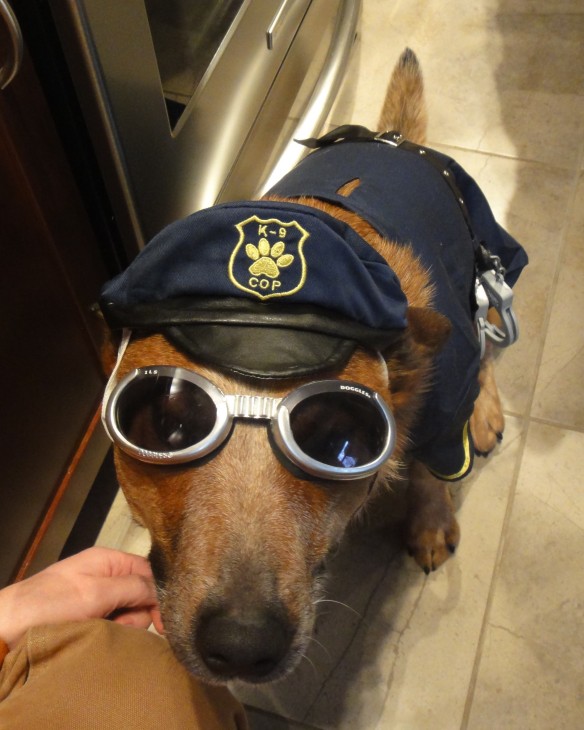