It’s been seven long months since we’ve last seen her.  I’ve often thought about her…wondering if she was safe and yearning to have her back in our company because that signals Summer is finally approaching.

Each year, the Alaska State Fairgrounds in Palmer has a Winter Storage Program for campers, RVs, trailers, boats, etc.  It truly is a bargain to store your recreational vehicle at the State Fairgrounds.  The going rate for covered storage here in Anchorage is about $150/month, which is outrageous!  We paid $400 for seven months!  While the buildings are not heated, they do provide cover from the elements and that was most important to us.  I can’t even imagine what it would have been like trying to store the Airstream in our tiny driveway, with the record amounts of snow we had. It would have been a nightmare to say the least!  So, we were very thankful when we received a call from the State Fairgrounds letting us know we had a space reserved, in the Farm Exhibit building, for the Airstream this Winter.

Dropping Off The Airstream In October 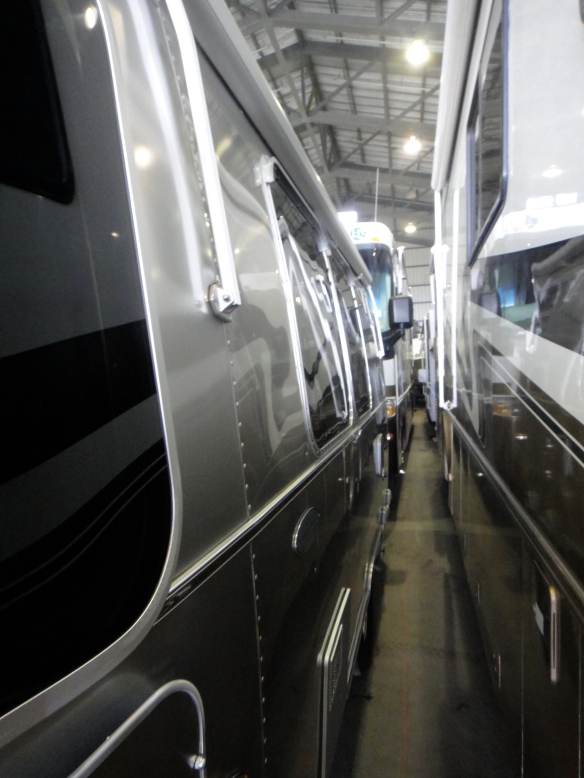 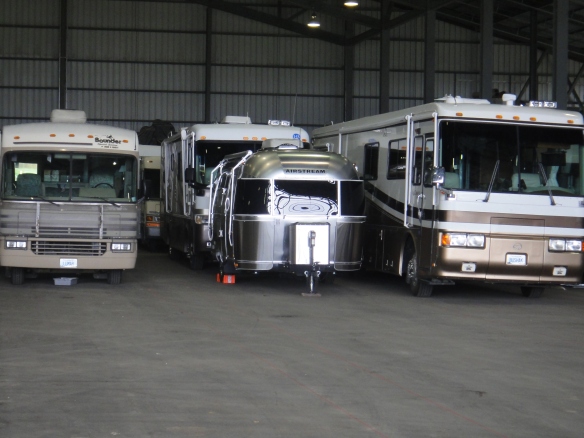 Friday was the day for us to head out to Palmer to pick up the Airstream.  But before we could bring her home, the driveway and yard needed a good Spring cleaning.  I spent 2 1/2 hours shoveling, sweeping, raking, and bagging old Winter debris.  Reid enjoyed being outside in the sunshine and playing with her ball, while I worked.

And, here’s the Airstream waiting for her ride home.  She was rather dirty but looked like she had fared the Winter well. 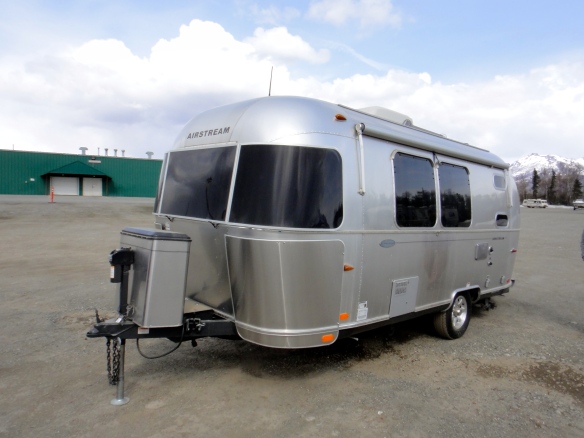 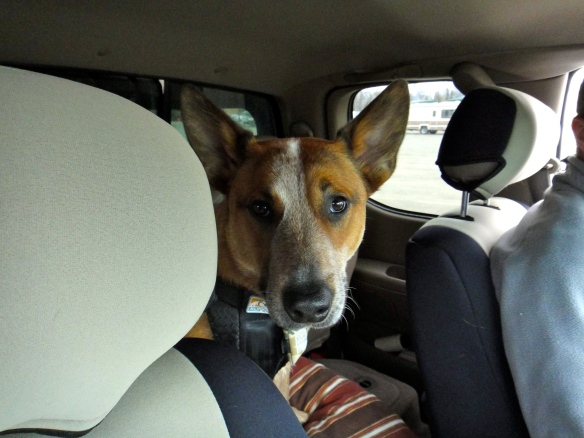 (Pongo got to come along for the ride.  Although it doesn’t look like it here, he was a happy boy!)

4 thoughts on “Bringing Her Home”