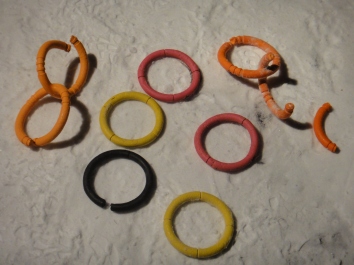 There isn’t a tug toy out there safe from Pongo.  Unfortunately, we have not been able to find a tug toy durable enough to match the intensity of his play.  He doesn’t chew on them.  We don’t play tug very often with him.  But, the manner in which he shakes and whips that toy around, they only last about a day…some only 5 minutes.  What I don’t understand is how he hasn’t knocked himself out yet!

Steve and I talk about inventing some titanium strength plastic to make the perfect Pongo-proof tug toy from but until then, we’ll be on the look-out for the ideal tug toy.